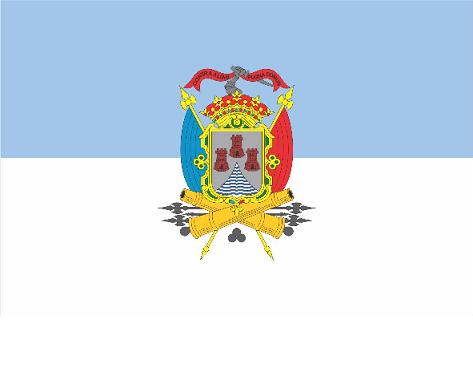 Lake Titicaca is located on the south eastern part of Peru and on the western part of Bolivia, not far from its capital La Paz.
It is the highest navigable lake in the world. In the nights it is very cold, while during the days, sometimes the weather is hot. We recommend visiting it anytime, except between June and August, when it is the coldest.
Located between Bolivia and Peru, Lake Titicaca is one of the most fascinating lakes in the world. It is situated at a very high altitude, at over 3800 meters above sea level, and a tour at Titicaca is definitely an unforgettable experience for any visitor. When visiting Lake Titicaca, the town of Puno is the best place to stay, on the Peruvian side of the lake.
The town of Puno is an interesting place to visit as it is the capital of folklore of Peru. It also has a beautiful old cathedral, and it is close to many attractions of Peru like the Macchu Picchu or the town of Cusco

Lake Titicaca is a sacred place for the Inca civilization, as the Incan mythology says that the first Inca king, Manco Capac, was born here. According to the Incan mythology, this is the place where the world was created from, when the god Viracocha came out of the lake and created the sun, the stars and the first people. You will have many places to discover on the shore of Lake Titicaca, as well as on the many islands that exist on the lake.
On the Bolivian side of the lake you will find the fascinating town of Challapampa , home of the famous labyrinth (Chinkana). Also on the Bolivian side, you can find the biggest island of the lake, Isla del Sol ( Island of the Sun). While there are no roads on the island, making it not tourism friendly, the over 180 ruins from the Incan period are making it worth to visit.
The villages that surround the lake and lie on islands within it are still home to Quechua-speaking descendants of the Incan empire that once considered the lake to be the birthplace of their civilization. Many archaeological finds around the lake have unearthed artifacts such as silver llamas, shell figurines and intricately decorated pottery. A temple-like structure was discovered in the depths of the lake in 2000 but is awaiting further funds to be studied and possibly brought to the surface.

Lake Titicaca lays in a sub basin in the high Andes mountains and is fed by both melting glacier and rainwater. The lake reaches depths of up to 1,000 feet and is dotted by 41 islands, many of which are inhabited. The lake’s largest island, Isla del Sol, is also home to its highest point at more than 13,400 feet and is the destination of choice for sunset watchers.

The climate in Puno is cold and dry year-round. The high altitude contributes to these conditions, and travelers may experience some mild symptoms of altitude sickness upon first arriving. The average temperature hovers around 45 degrees Fahrenheit. Temperatures can drop down as low as 30 degrees in the winter months from June to August. The maximum temperature here is around 60 degrees in the summer months of December and January. Precipitation is minimal for most of the year, but it has been known to rain or snow on occasion.

By Bus:
Getting there is not easy, but there are many possible ways for a visitor to reach the lake. There are regular buses from Cusco, Lima or Arequipa in Peru and from Copacabana and La Paz in Bolivia. The buses are quite cheap, but the trip is quite long and exhausting because of the height.
You will make about 7 hours by bus from Cusco, and 9 hours from Arequipa.
By Plane:
Juliaca, a town located at 44 km distance from Puno, has a pretty well served airport.
There are daily direct flights to Arequipa, Cusco and Lima.
From Juliaca airport, you can either take taxis or buses to Puno. A taxi will usually cost $20, while buses cost $5 per person.
By Car:
There are three main highways that lead to Puno.
From Cusco: First you should go to Juliaca, there are 345 km. (214,4 miles), and from Juliaca to Puno there are44 km away (27,3 miles). You should be very careful when driving as the highest point in this highway reaches up to 4,313, and it may be dangerous for drivers not experienced with this altitude.
From Arequipa you will have to go first to Juliaca (281 km or 174 miles), then from Juliaca to Puno. Beware that you will have to drive on very high altitudes.
You can arrive to Puno from La Paz via Guaqui, Desagüadero, Pomata, Juli, and Chucuito.
By Train:
You can arrive to Puno by train, but it is not recommended, as the trains are slow. You can arrive to Puno from Arequipa (258 km) in 10 to 12 hours, or from Cusco (384 km) in about 10 hours.
By The Lake:
You can also enjoy getting to Puno by lake. There are a few boats and yachts that would take you to the Bolivian side, as well as to the wonderful islands like Uros, Taquile and Amantani.

You will find many interesting places around Lake Titicaca and the town of Puno.
Sillustani Burial Towers are situated at 34 km north of Puno. It is one of the world’s most important necropolises. At over 4000 m above sea level, you will find here burial towers in cylindric form.
Juliaca is a town close to Lake Titicaca. It hosts the region’s main airport, but the city is worth visiting because of its architecture.
Arequipa is the 2nd largest city of Peru. It has many attractions worth to visit like the Goyeneche Palace or the Santa Catalina Monastery. It is situated at a bit over 300 km from Puno.
Colca Canyon is one of the deepest canyons in the world, twice as deep as the famous Grand Canyon. It is very colorful, and you will find here the untouched nature.

Uros Islands or the Floating Islands are man made islands out of reeds. The reeds grow naturally on the banks of the lake; the Uros people take them and form islands out of them, by constantly adding reeds on the surface. These islands often float on the Lake Titicaca, that is why they are also named Floating Islands.
The islands (there are over 40 of them), are populated by hard living people, who survive by fishing and nowadays because of the increasing tourism. Their handcrafts are wonderful, and the people are very hospitable.
Taquile Island (Isla Taquile) is a very interesting island on the Peruvian side of the lake. Tourism is strictly controlled by the old people, they will redirect you where to eat and where to sleep if you plan to stay there overnight. As everything in Peru, accommodation is very cheap (about $3 per night).
You can get to Taquile from Puno for about $10, and there are daily cruises to the island. Usually these cruises will stop by on a floating island too, so don’t miss this unique experience.
Island of the Sun (Isla del Sol) is the biggest island on Lake Titicaca. It is best reached from Copacabana, on the Bolivian side of the lake. Worth visiting on the island is the Gold Museum (which displays many Inca treasures), and the Fountain of Youth.
Puno Town Centre is worth visiting during your stay. The small town has many beautiful places to visit, especially the Puno Cathedral, built in 1757. Beware that the climate is pretty cold during the nights as the city is situated at over 3000m altitude.
Amantani Island (Isla Amantani) is an island close to the Taquile Island. It is much more traditional than the later, and just as in Taquile, the elder people control the tourism too. If you will stay there overnight, you will enjoy the party that is organized there every night. You will get traditional dresses, and local people will help you learn their traditional dance.

The most important festivity in Puno city, on the shores of the lake Titicaca, is “la Candelaria”, a catholic feast in honor of the virgin Mary. It takes place on early February and lasts two weeks. On February’s first Sunday takes place a contest of typical dances from the region, and on the following days big parades with special outfits designed for the feast flood the streets. The festivity is extraordinary due to the people’s joy and their rich folklore.

The typical dishes of the Department of Puno are the chairo, soup made with lamb, fricassee, made with pork and hominy (large corn boiled) which recommends eating when very hot thimpo dish made of lamb carachi or fish (the species Oresteia spp), and very nutritious fish, quinoa, cheese and eggs.
There are also many dishes based on fried cheese-cheese-and cheese dishes k’auchi lake fish such as trout, quarters Peruvian and carachi ishpi. There are also delicious desserts, such as cheeses and honey (curds and honey).
Chairo. Broth prepared based on potato flour milling or crushing, or woolen lamb, chopped vegetables, potatoes and salt.
Patacha. It is prepared from whole peeled barley, pork rinds, beans, peas. Served with potatoes, chopped mint. Salt and pepper.
Head Soup. Is prepared by boiling head of lamb with potatoes and whole potato flour, is served with parsley and salt to taste.
Thimpo Of Karachi. Prepared fish (karachi, mackerel, mauri), served with potatoes and whole chuños, muna, onion, garlic and chili.
Huatida.A land base (curpas) with wood, then placed neatly geese potatoes and then burying them in the oven, after a while it opens and served with cheese or ground chili chaqo.
Cancacho. Prepared from mutton, pork or beef, seasoned with red pepper and other seasonings, served with whole potatoes and salads.
Fried Fish. Prepared fish (mackerel and trout), is cut into pieces, and seasoned with garlic and salt, served with boiled potato, moraya, salad, chili and salt to taste.
Quinoa Pesq’e. Prepared from washed quinoa, served with milk and grated cheese is a semi-dry dish very palatable.
Quinoa porridge. This dish is based on ground quinoa, served with milk and grated cheese.

1. – Lake Titicaca is the world’s Highest navigable lake and the legendary birthplace of the Inca civilization. The geography of the region is enhanced by the sense of history and mysticism permeates the area That. Lake Titicaca’s cultural, historical and geographical significance Makes it one of South America’s prime tourist destinations.
2. – The lake which according to legend, Manco Capac and Mama Ocllo to found the Inca Empire with its capital at Cuzco in the Pasto Perú.Se spread north as far south as the Maule River in Chile and Tucuman in Argentina. Currently there are territories that cover Peru, southern Colombia through Ecuador, Bolivia, Chile and Argentina.
3. – There is a village in Peru, the aurochs, living on artificial islands in Lake Titicaca. Built with cattails, a plant that grows in water and can reach one to three meters high, over 60 islands of this material floating in the lake to shelter hundreds of uros. Only a few, fortunately, have surrendered to the rich influences of tourism.
The Uros are one of the oldest towns in America. They engage in general, fishing, hunting and the work of the reeds. Now, some also work to convert the islands into a small theme park for foreigners arriving in the hope of seeing a people living in some ancient customs.