Amantani Island is another place which preserves the traditions of the old empire. It is one of the most beautiful islands of the lake, since its decoration with climbing plants and cultural relics, invite visitors to soak with one of the most important pre-Columbian cultures of America. On this island would find the archaeological remains of one of the holiest cities of the empire.
It is located north of the island of Taquile on Lake Titicaca. It covers an area of 9.28 km ², the largest island of the Peruvian side of the lake. The population is about 800 families, distributed over 8 communities, Santa Rosa, Lampayuni, Sancayuni, High Sancayuni, Occosuyo, Incatiana, Colquecachi and Orinojon Village. Their main activity is farming, producing potatoes, oca, barley and beans. Its textile industry is similar to Taquile, in variety and design.
There you can see large numbers of Pre Hispanic constructions including a pair of natural watchtowers and temples where took place at the Pacha Mama and Pacha Tata ceremonies, and a cemetery of mummies and Inca stone chair Tiana.
To get to the island you should depart from the city of Puno and navigate between 3 or 4 hours until Capachica Peninsula, entrance to the island. The route is 40 kilometers.
TheAmantani Island belongs to the district Aimantani, at the Puno region.
Is located east of the peninsula Capachica, north of the island of Taquile on Lake Titicaca. This island was occupied by the cultures Lupaka and Pukara, as a result the presence of this cultures, raises on the top of the island are  the archaeological remains, and these are important because in this place the rituals are performed as payment to land and fertility.
One of the natural attractives ins this place is “flor de la Cantuta” dicovered by Antonio Raimondi. 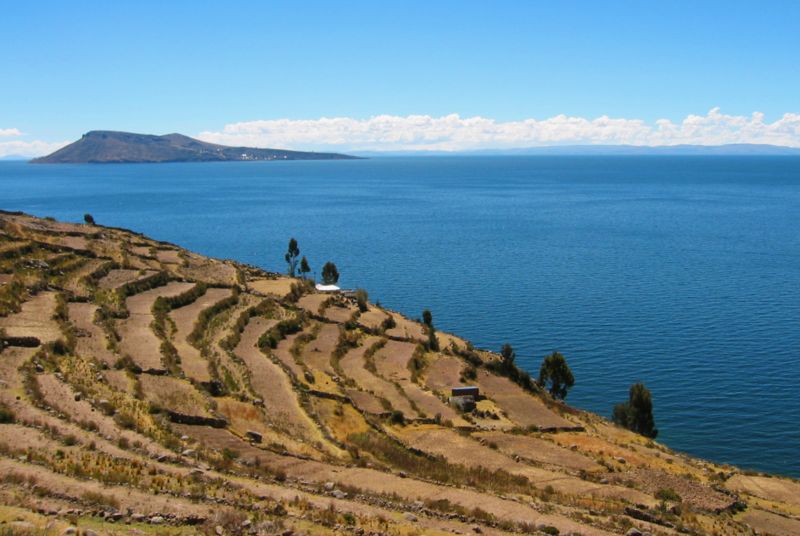