Unsurprisingly, the rainforest weather is mostly hot and humid. Rainfall levels in the Amazon rainforest actually distinguish weather differences throughout the year, not the temperatures. 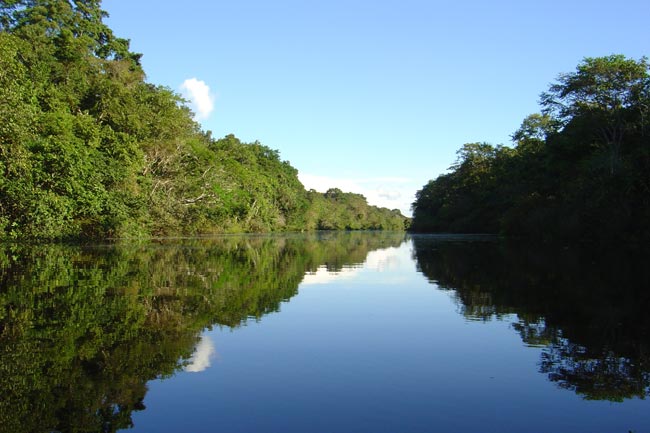 The tropical region of the Amazon rainforest is also referred to as the equatorial climate, a zone with extends about 12 degrees north and south of the equator. The average temperature is 77° Fahrenheit (25° Celsius), and rarely does the rainforest dip below 32°F (or 0° Celsius).
In the Amazon, there is no pronounced difference between summer and winter. There is no dry season. Instead, seasonal weather is determined by the rainy season and less rainy.

In a year, rainfall in the rainforest can reach a minimum of 6 ft (1.8 m) or as high as 30 ft (9 m) of rain. There is no dry season in the rainforest. There may be a length of time where there is less rain but it doesn’t last too long.
Southern Peruvian Amazon (Puerto Maldonado)

Insider Tip: A pleasant time to visit the Amazon is between March and June, the transition time between heavy rains and less rain, in which you can enjoy the best of both worlds. You may be able to avoid heavy rains that keep you indoors and still be able to take advantage of the unique animal spotting opportunities that come with higher water levels in lagoons and waterways.

The Peruvian Amazon is divided into two distinct eco regions.

There are also various microclimates within the jungle of Peru.

Read more about the Tropical Rainforest