There is a lot Peru Tourist Attractions, such the ruins of Machu Picchu (The Lost City of the Incas) which is well known around the world and the most visited by tourist. The other popular ruins are Chan Chan in Trujillo, Sipan in Chiclayo, Nazca lines in Nazca, Ollantaytambo in the sacred valley of the Incas, Caral, Sacsayhuamán, and Sillustani in Puno.
Adventure tourism is also required by tourists who like the adventure and feel the adrenaline. This people takes tours such s hiking the Inca trail, Salkantay, Choquequirao, Ausangate trekking, climbing the Pastoruri, Mountain Biking, Rafing in the Urubamba river and others.
Eco tourism, nowadays is increasing in Peru, people comes to visit the Rainforest in Puerto Maldonado and the Amazon junglein Iquitos, in both places the tourist can see the variety of births, mammals, and other species, and the amazing view and sound of the nature.

You can learn more about our country, visiting the most beautiful places that Peru offers as Arequipa, known as the “White City” for its beautiful colonial buildings in white ashlar as churches, temples, monasteries. Its historic center has been recognized as World Heritage. Here you can visit the Valley of the Volcanoes, the famous Colca Valley and Colca Canyon, natural areas as National Reserve Salinas and Aguada Blanca and the Lagunas de Mejía. It is an ideal destination to learn about colonial monuments, living cultures, practice adventure tourism and enjoy nature and biodiversity.

Another wonderful destination is Huaraz – Callejon de Huaylas, it offers beautiful places with breathtaking sceneries, Andean snowcapped and lagoons, all in the Cordillera Blanca and Cordillera Huayhuash. It is ideal for adventure sports. It is home of the oldest civilization of Peru, the Chavin culture. It also houses the Huascaran National Park, declared Natural Heritage of Humanity and the archaeological site of Chavin, a World Heritage Site, which houses the oldest stone structures carved in Peru.

If you love nature and biodiversity, Iquitos is an ideal place; here you are able to get in touch with the Amazon forests. Iquitos has lodges into the jungle. Here you can visit the Reserves and National Parks as Allpahuayo Mishana and Pacaya Samiria, with diversity of flora and fauna, perfect for bird watching, you can also interact with the natives of the Amazon and learn about the rituals of ayahuasca.

Near to Lima is Nazca, a unique place in the world with wonderful forms of immense figures and lines of spectacular perfection. Work of a very old Peruvian civilization, the Nazca Lines are a declared World Heritage Site by UNESCO. Paracas, is an excellent ecological destination for those who love nature and birds, the Paracas National Reserve, offers historical and cultural attractions and is a good alternative to spend excellent moments.

Peruvian culture has its main roots in the traditions of Amerindian and Spanish, but has also been influenced by various ethnic groups of Africa, Asia and Europe. Peruvian artistic traditions date back to the elaborate pottery, textiles, metalwork and sculpture of the civilizations of ancient Peru. The Incas maintained these crafts and made architectural achievements including the construction of Machu Picchu. The Baroque dominated colonial art, though modified by the native traditions. During this period, art was concentrated mostly on religious themes, the many churches of the period and paintings of the Cuzco school are good samples.

The music of Peru is the result of the fusion through many centuries. There are many Peruvian music genres, the Andean, Creole and Amazonian. The traditional folk music of the coast is very varied because this is the region where there was more mixing and now they are known as Creole music in which we also find Afro-Peruvian dances. From the coast, Lima basically, we have the music of the streets of Lima of long ago, the world famous Peruvian waltz or Creole waltz, grown in other countries especially in Argentina, Lima also offers the zamacueca or Marinera Limeña, mother of the rest of cuecas and sambas. The south-central coast Cañete, Chincha, Ica and Nazca, offers the Afro-Peruvian music. The most prominent styles are the Festejo and Lando, also the Toro mata and Panalivio. To the north, in La Libertad and Lambayeque is the renowned Northern Marinera, this version is very colorful and joyful, occasion of festivals that attract a lot even when presented the famous championships Peruvian Paso horse. In Piura, Lambayeque and Tumbes are the cumanana, mulatto and Afro-Peruvian influence and the tondero. In the southern highlands as Huancavelica, Ayacucho, Apurimac, Cuzco and Puno are characterized by the huayno. From Cuzco is the muliza, Condor Pasa and from Arequipa, the Yaraví, in the center highlands as Cerro de Pasco, Ancash and Junín is famous for its huaylas, typical versions of this genus are the Pio Pio and Huaylas Macho.

Peruvian cuisine is considered one of the most varied and original in the world, there has been more than two thousand different soups on the coast and just over 250 traditional desserts nationwide. Among the cuisines of Peru, are the Creole cuisine, the sea food, the Andean cuisine, Chinese food (Chifa) and the Amazon cooking. The most representative dishes of Peru are the ceviche on the coast, the pachamanca in the mountains and juane the jungle. 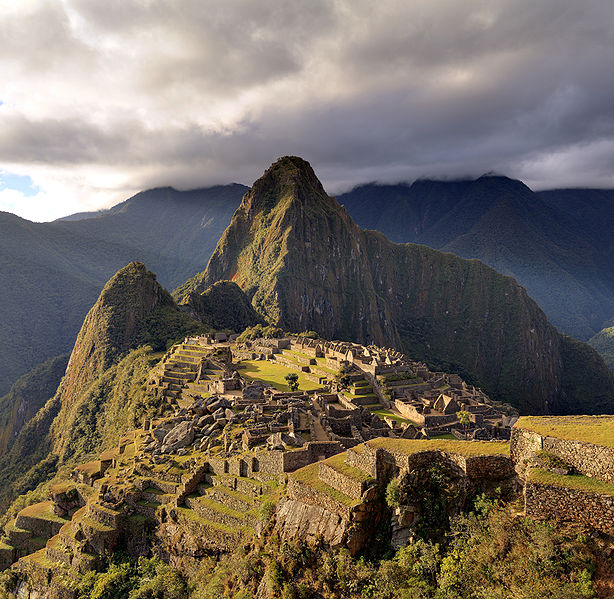