Yungay, capital of the province is the ideal base for visiting the Llanganuco lagoon and to climb the Huascaran. In Tingua lifting a suspension bridge that crosses the river Santa, with a span of 75 m. The bridge and an access road link Tingua with communities Shupluy, Cascapara, Ecash and others.
The Yungay Cementery: On January 6, 1730, a violent earthquake caused the sliding of snow from Mount Huandoy to a glacier lake that produced an avalanche of Ancash disappearing the people that were located upstream of the river Ancash 4 km north of the present city of Yungay. That day the people were celebrating the epiphany of the Lord Mayor’s birthday Melchor Punyan. 1,500 people disappeared. 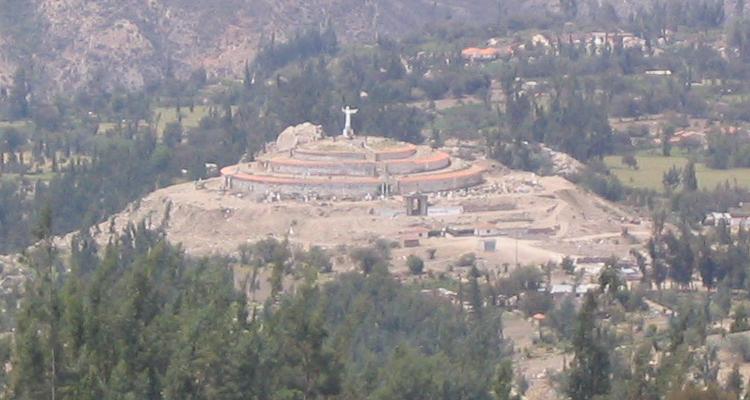 On May 31, 1970 a severe earthquake of magnitude 7.8 on the Richter scale, shook the valley. For purposes of the strong quake, a huge chunk of frozen material and rock fell from the Huascaran falling vertically on small glacial lakes, which then descended into the valley at a speed close to 200 km / h, wiping out the town of Yungay. It is estimated that the great part separated by the avalanche width measuring 1,000 m by 1,500 m long and that a total of over 10,000 cubic meters detached from the Huascaran ice and rock. Left more than 50 000 people killed across the country. Around 20 000 deaths were estimated for the Province of Yungay. In the city of Yungay only about 300 people survived. There is now a memorial for people who are buried in the place. It is considered the worst natural disaster to have beaten the central South America.
The Christ of Yungay, is located on the spectacular Cemetery Yungay, is designed and built between 1890 and 1900 by Swiss architect Arnold Ruska.
Guitarrero Cave: home of horticulture and agriculture of America, whose antiquity dates to 10,600 BC