Home > Travel information > Getting around > TRAVEL TO LIMA PERU 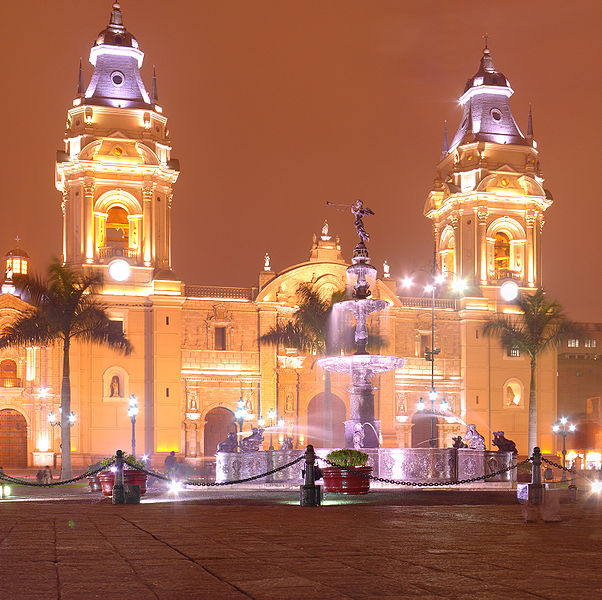 Travel to Lima Peru is an excellent opportunity to know more about our history and culture. Lima is the capital and largest city. It is located in the valleys of the Chillón, Rímac and Lurín rivers, on a desert coast overlooking the Pacific Ocean. Together with the seaport of Callao, it forms a contiguous urban area known as the Lima Metropolitan Area.

The department of Lima is the most populous of Peru since the city of Lima is there. The city of Lima is the transportation, cultural, economic, social, political, and touristic hub of the nation. Because Peru is a highly centralized nation, much its organization and commerce are centered on this city.
The climate of the city combines a near absence of rainfall, with the highest level of atmospheric humidity and persistent cloud cover. Peru’s central coast shows a series of microclimates due to atypical and influential cold Humboldt Current that result from Antarctica, the proximity of the mountain range and its geographic location, giving Lima a subtropical climate, cool and humid desert time.

It can be said that climate is tropical warm without excessive heat or extreme cold. The annual average temperature is 18.5 at 19 ° C, with a maximum annual summer about 29 ° C. Summers, from December to April, with temperatures ranging between 29-30 ° C during the day and 21-22 ° C at night. Winters are from June to mid-September, with temperatures ranging between 19 and 12 ° C, 8.8 ° C being the lowest temperature historically proven. The spring and autumn, September, October and May, have mild temperatures ranging between 23 and 17 ° C.
The capital’s architecture is characterized by a mixture of styles as is reflected in changes in trends over several periods of the history of the city. Examples of colonial architecture include such structures as the Basilica and Convent of San Francisco, the Cathedral of Lima and the Torre Tagle Palace. These buildings were generally influenced by the styles of Spanish Neoclassicism, and Spanish Baroque Spanish colonial styles. In historic downtown buildings can be seen over 1600 balconies dating from the colonial and republican period. The types of balconies that present the city are open balconies, ceilings, box, calendar, and more. After the independence of Peru, there was a gradual shift towards the neoclassical and Art Nouveau styles. Many of these buildings were influenced by French architecture.

In the historic center are the Park of the Reserve, Park of the Exposition, Campo de Marte, and the University Park. The Park of the Reserve has the largest complex of pools in the country, is known as “The Magic Circuit of Water.” Other major parks are found in various parts of the city, such as the Forest Olivar, Redoubt Park n. # 2, Pantanos de Villa, the Leyendas Park, the Malecon in Miraflores and Parque Kennedy, to name a few . The street layout of the city is presented as a system of plazas of which serve a purpose similar to roundabouts. In addition to this practical purpose, plazas serve as one of Lima’s principal green spaces and contain a variety of different types of architecture ranging from monuments, statues and fountains.
Jorge Chavez International Airport is the main air terminal in the city. It is located in the constitutional province of Callao. The strategic location in the middle of the west coast of South America has become a major hub of the subcontinent. It is the largest airport in Peru, because it concentrates the vast majority of domestic and international flights in the country, serving about 11.8 million passengers per year. In 2012 and for the fourth consecutive year, was chosen as the “Best Airport in South America ‘, standing on the top of the world rankings, according to a survey by Skytrax Research via the Internet to more than 12 millions of passengers of one hundred and eight nationalities and members of at least 388 air terminals worldwide.
Callao is the main seaport of the country, is one of the most important ports for trade in the Pacific Ocean. While civil maritime transport in Peru does not offer commercial services regularly, several cruisers anchored in Callao periodically.

Lima is the main gateway to the country, for that reason was developed an important tourism industry, among which highlight its historic center, archeological sites, nightlife, museums, art galleries, festivals and popular traditions. In the center of Lima you will find the Cathedral and the Basilica of San Francisco, also stands the Shrine and Monastery of the Nazarene, pilgrimage to the Lord of Miracles, which festivities are in the month of October.

In Miraflores you can visit the Gold Museum of Peru Hall, the Kennedy Park; here you will find many restaurants, bars, shops, cinemas, etc.
Exclusive beaches are visited during the summer months, which are located on the Panamerican Highway south of the city in resorts like Punta Hermosa, San Bartolo and Asia.
Here you will find different alternatives of tours in Lima:

About gastronomy in Lima, has been the product of the merger of the culinary tradition of ancient Peru with Spanish cuisine. Later, this was influenced by mixing uses and culinary customs of French chefs. Also took influence from Cantonese Chinese, Japanese and Italian, among other mostly European origins.

The city also has a wide variety of local food restaurants, chifas, cebicherías and pollerías. Peruvian cuisine, widely represented in Lima, has several Guinness World Records for its diversity and quality. In 2006, during the annual Madrid Fusion event the city was declared as the gastronomic capital of Latin America.
Among the most representative dishes are: Papa a la Huancaina, Arroz con pollo (rice with chicken), Aji de gallina, Lomo saltado, Anticuchos, etc. Among the dessets are the suspiro a la Limena, mazamorra morada, arroz con leche, picarones, etc. And between the drinks are the famous Pisco which is use to prepare the Pisco Sour and the chicha morada, this is not an alcoholic drink.
Clic here to see the list of restaurants
Link >>>>>

Find out more
Getting around