Nazca (sometimes spelled Nasca) is the name of a system of valleys on the southern coast of Peru, and the name of the region’s largest existing town in the Nazca Province. It is also the name applied to the Nazca culture that flourished in the area between 300 BC and AD 800. They were responsible for the Nazca Lines and the ceremonial city of Cahuachi; they also constructed an impressive system of underground aqueducts named Puquios, that still function today.

The Nazca Lines are a series of ancient geoglyphs located in the Nazca Desert in southern Peru. They were designated a UNESCO World Heritage Site in 1994. The high, arid plateau stretches more than 80 kilometers (50 mi) between the towns of Nazca and Palpa on the Pampas de Jumana about 400 km south of Lima. Although some local geoglyphs resemble Paracas motifs, scholars believe the Nazca Lines were created by the Nazca culture between 400 and 650 AD.[1] The hundreds of individual figures range in complexity from simple lines to stylized hummingbirds, spiders, monkeys, fish, sharks or orcas, llamas, and lizards.

On the other hand, you must have the following information to reserve as in your passport and from each participant in your group:
*Departure date:
*Prior arrival date in Lima
*Name (as in your passport)
*Middle Name
*Surname
*Passport Number
*Citizenship
*Birth date
*Special Food Requirement
*Weight
*Gender: Male / Female
*Accommodation in Lima(Address and Phone Number)

You will be picked up from your Hotel in Lima at 5:00 am, we will provide a driver and a minivan, the ride will take around 6 hours each way . On the way we will visit the Museum of the site. The Maria Reiche tomb and we will stop at the Over view of Nazca. Cut into the stony desert are large number of lines, not only parallels and geometrical figures, but also designs such as a dog, an enormous monkey, a bird with a wing span of over 100 meters, a spider and a tree. The lines, that represent some sort of vast astronomical pre-Inca calendar, are best seen from the air, we will take a half hour flight above the Lines (Airfare included), after the over flight we will take some time to rest and we will have lunch (included) before to come back to your hotel in Lima. (L) 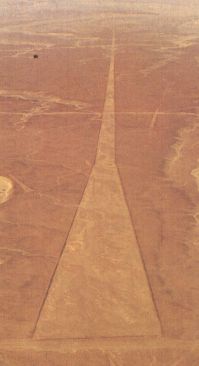