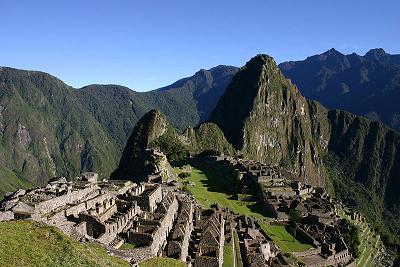 Huayna Picchu means “Young Mountain” and is located at the north of the Inca citadel of Machu Picchu. The mountain appears behind the lost city and is an important part of this great historical monument. Its highest point is 2700 meters and allows us to have splendid views of Machu Picchu and nearby mountain
Although climbing this mountain is a bit dangerous and stressful, you can reach these ruins in less than an hour. This mountain will permits you to know the amazing skills of design and engineering determination that the Incas had, when you see the hills they had to overcome to complete this construction. This walk should be made by any person who is physically fit and As soon as you arrive to the summit of Huayna Picchu, you can feel the true magic of the ancient Inca civilization and enjoy a fabulous panoramic view of Machu Picchu.
At the moment of book your trip or excursion to Machu Picchu! Do not forget to make the reservation to the entrance of Huayna Picchu, There are only 400 spaces available daily for promotion between 7:00 am and 10:00 am. If you are an amateur photographer, the breathtaking view of Machu Picchu from the top of Huayna Picchu, will give you the opportunity to take the most spectacular photography.

Temple of the Moon: The other road goes to the back of the mountain and carries up to one of the most remarkable complex of underground construction in the region. These are several caves some of which have been lined with fine stone blocks that have been carved to fit precisely with the irregular contours of large rocky outcrops that serve as ceiling. The walls of ornamental character, includes false covers and niches of double and triple trapezoids jamb. Although its specific function is unknown and it is clear that this is an elite group of buildings because of the effort that it demanded to make it. 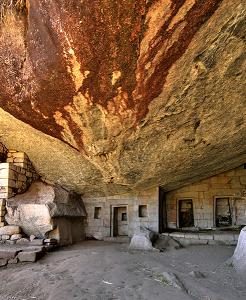 It is believed that could have funeral customs and all tombs were looted at some point in the history of the region. The name “Temple of the Moon” is arbitrary and has no archaeological support but has become popular among archaeologists and tour guides. It revealed, in any case the common interest as compared to other Incas buildings as the “temple of the sun” of Machu Picchu. Getting there takes about an hour and a half walk from the city. From here there is another path downhill to the Urubamba River.
Huayna Picchu was first explored by the expedition of Yale University, which found about a dozen of settlements. The most important was discovered by Hiram Bingham, who named it “The Great Cave”, later renamed as the “Temple of the Moon.”