Why is machu Picchu Important 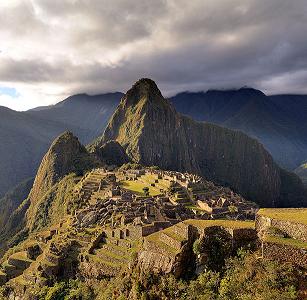 Many people ask why is Machu Picchu important. The Citadel of Machu Picchu is considered the main tourist attraction in Peru and one of the most visited worldwide.

Machu Picchu is a Quechua word that comes from Machu that means old or ancient, and Picchu meaning mountain, therefore, Machu Picchu is translated as Old Mountain.

Machu Picchu was opened to the world since the arrival of the professor and anthropologist Hiram Bingham, who promoted the site processing the auspices of Yale University, the National Geographic Society and the Peruvian government in order to begin the study of the archaeological complex. However, Hiram Bingham was not the discoverer of Machu Picchu, and because there were some traces of people who lived in the place for years. The significance of the citadel of Machu Picchu for Tahuantinsuyo was very noticeable. An excellent urban planning interconnected with other nearby sites to Machu Picchu became a point of reference. In agriculture the region is characterized by its production of corn and potatoes.

Over the years there have been many investigations on the role that exerted this citadel located in the mountains. One of the theories is further argued that the citadel of Machu Picchu was a luxurious and well maintained mausoleum of the Inca Pachacutec, who was the founder and first emperor of Tawantinsuyo.

In the citadel of Machu Picchu lived no more than 200 to 300 people but of a high social rank. Most of these people had some sort of relationship with the Inca; they were descendants of the founder of Tahuantinsuyo.

The citadel is important, because it has a great archaeological value and a variety of ecosystems. Machu Picchu symbolizes the excellent technical skill, and productivity of the Inca Empire in its apogee. Its location represents the former border of the Empire; this vast domain was tied together by an estimated 40,000km of road.

The citadel is a protected area due to the enormous natural and cultural attraction that it has. Machu Picchu is full of a mysterious nature which attracts many researchers and tourists.

It is considered as the most amazing urban creation of the Inca Empire and one of the most important heritage sites in the world. It sits on top of a mountain, 2.430 meters in the tropical forest, offering spectacular scenery with significant endemic biodiversity of flora and fauna.

The Historic Sanctuary of Machu Picchu is full of cultural significance. Its various sites, complexes, monuments and citadels are intertwined with each other and with their environment. This is a unique artistic achievement and also a masterpiece of architecture. Everything is sacred and cultural and is related to each other, including the natural environment in which it is built.

The site is made up of precincts, plazas, temples, tombs, rooms for storing food, stone canals and stairways and platforms, distributed on the topography of the mountain in a unique worked in urban design. The terraces over 700 preserved land, promoted agriculture, and served as part of an extensive system of water distribution and limited retained water erosion on steep slopes.

The monument was built in the fifteenth century, served simultaneously as a center of worship and astronomic observation, and as rest place of the royal family of the Inca Pachacutec.

The Historic Sanctuary of Machu Picchu contains about 10% of the fauna and 22% of the flora of Peru. It stands out as one of the few mountain regions that have abundant available information about the local flora and fauna. They have recorded 401 species of birds, 19 reptiles, 10 amphibians, 13 fishes, 300 diurnal butterflies and 400 nocturnal, also recorded 309 species of orchids of the total of 1,625 species in the country, it is estimated that there are 200 additional species not recorded.

Because of these and other features, in 1983 the Historic Sanctuary of Machu Picchu was inscribed by UNESCO on the List of World Cultural and Natural Heritage.

Currently, Machu Picchu holds the rank of being considered one of the Seven Wonders of the World; this distinction promotes increased tourism in the area. Tourists of all nationalities travel to Peru with the intention of observing the Inca legacy and of course visiting Machu Picchu, which is also known as the Lost City of the Incas.