The central buildings of Machu Picchu use the classical Inca architectural style of polished dry-stone walls of regular shape. The Incas were masters of this technique, called ashlar, in which blocks of stone are cut to fit together tightly without mortar. Many junctions in the central city are so perfect that it is said not even a blade of grass fits between the stones.

Some Inca buildings were constructed using mortar, but by Inca standards this was quick, shoddy construction, and was not used in the building of important structures. Peru is a highly seismic land, and mortar-free construction was more earthquake-resistant than using mortar. The stones of the dry-stone walls built by the Incas can move slightly and resettle without the walls collapsing.

Inca walls had numerous design details that helped protect them against collapsing in an earthquake. Doors and windows are trapezoidal and tilt inward from bottom to top; corners usually are rounded; inside corners often incline slightly into the rooms; and “L”-shaped blocks often were used to tie outside corners of the structure together. These walls do not rise straight from bottom to top but are offset slightly from row to row.

The Incas never used the wheel in any practical manner. Its use in toys demonstrates that the principle was well-known to them, although it was not applied in their engineering. The lack of strong draft animals, as well as steep terrain and dense vegetation issues, may have rendered the wheel impractical. How they moved and placed the enormous blocks of stones remains a mystery, although the general belief is that they used hundreds of men to push the stones up inclined planes. A few of the stones still have knobs on them that could have been used to lever them into position; it is believed that after the stones were placed, the Incas would have sanded the knobs away, but a few were overlooked.

The space is composed of 140 structures or features, including temples, sanctuaries, parks, and residences that include houses with thatched roofs. There are more than one hundred flights of stone steps –often completely carved from a single block of granite –and numerous water fountains. These were interconnected by channels and water-drains perforated in the rock that were designed for the original irrigation system. Evidence suggests that the irrigation system was used to carry water from a holy spring to each of the houses in turn.

According to archaeologists, the urban sector of Machu Picchu was divided into three great districts: the Sacred District, the Popular District to the south, and the District of the Priests and the Nobility.

Located in the first zone are the primary archaeological treasures: the Intihuatana, the Temple of the Sun and the Room of the Three Windows. These were dedicated to Inti, their sun god and greatest deity. The Popular District, or Residential District, is the place where the lower-class people lived. It includes storage buildings and simple houses.

The royalty area, a sector for the nobility, is a group of houses located in rows over a slope; the residence of the Amautas (wise persons) was characterized by its reddish walls, and the zone of the Ñustas (princesses) had trapezoid-shaped rooms. The Monumental Mausoleum is a carved statue with a vaulted interior and carved drawings. It was used for rites or sacrifices.

As part of their road system, the Incas built a road to the Machu Picchu region. Today, tens of thousands of tourists walk the Inca Trail to visit Machu Picchu each year. They acclimatise at Cusco before starting on the two- to four-day journey on foot from the Urubamba valley, walking up through the Andes mountain range to the isolated city.

The people of Machu Picchu were connected to long-distance trade, as shown by non-local artifacts found at the site. As an example, Bingham found unmodified obsidian nodules at the entrance gateway. In the 1970s, Burger and Asaro determined that these obsidian samples were from the Titicaca or Chivay obsidian source, and that the samples from Machu Picchu showed long-distance transport of this obsidian type in pre-Hispanic Peru

The Guardhouse is a three-sided building, with one of its long sides opening onto the Terrace of the Ceremonial Rock. The three-sided style of Inca architecture is known as the wayrona style.Travel all around the world is one of the pleasures that few people can afford, and if you’re going to visit almost every place, you got to come to Perú, and planned your Machu Picchu Vacations, and try to take advantage of this magical an timeless Sanctuary 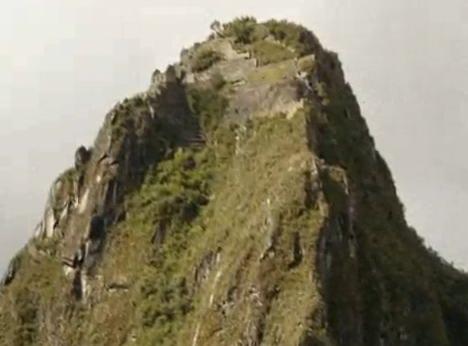