Learn more about the Amazon River with our range of facts. Find out where the Amazon River is located, how big it is, interesting facts and much
more.
Source: Calillona, Peru. The Mouth (Delta) is located in North Eastern Brazil.
Location: It flows east across South America and enters the Atlantic Ocean.
Length: The Amazon is 3,900 miles long. (6,280 km) 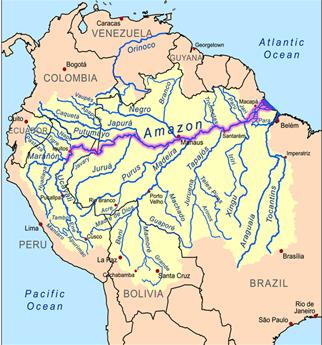